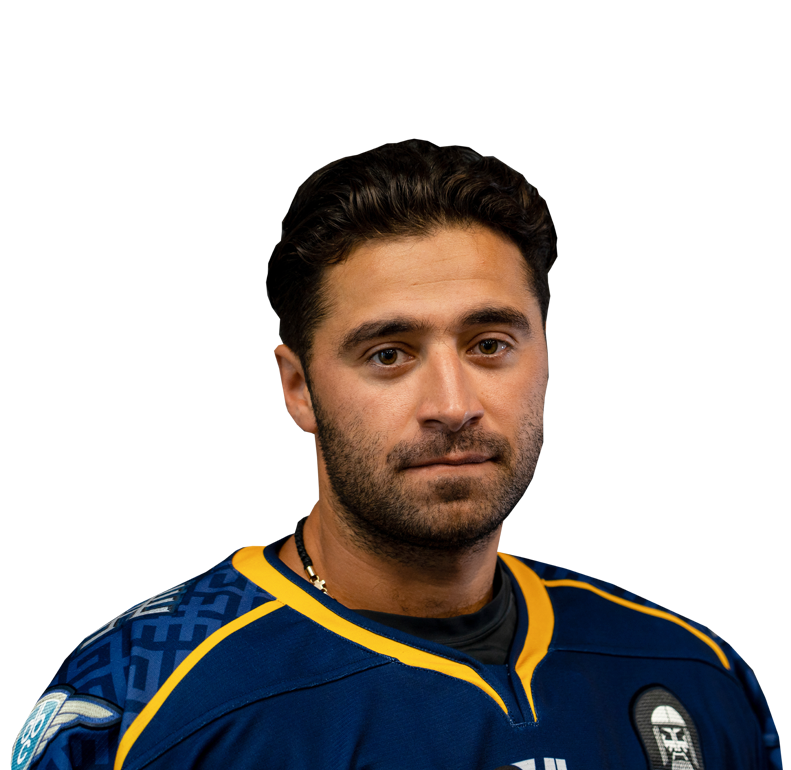 Two time Latvian champions are joined by the aggressive and fierce forward Koba Jass who started this season in Kazakhstan hockey club Ustkamenogorsk team Altay Torpedo but decided to end the season on home soil.
Last year Koba player for Slovakia team Nove Zamky, earning three points in 17 games, but then he went to US to play for SPHL team Mississippi RiverKings, getting 8 points in 17 games.

Koba has an extensive international experience - he played in Soci Olympics and in four World Championships, as well as several seasons in Czech and Slovak Extraleagues. His dedication, will to win and leadership abilities will be an important aspect in HK Kurbads next games and in a battle for Champion's glory!