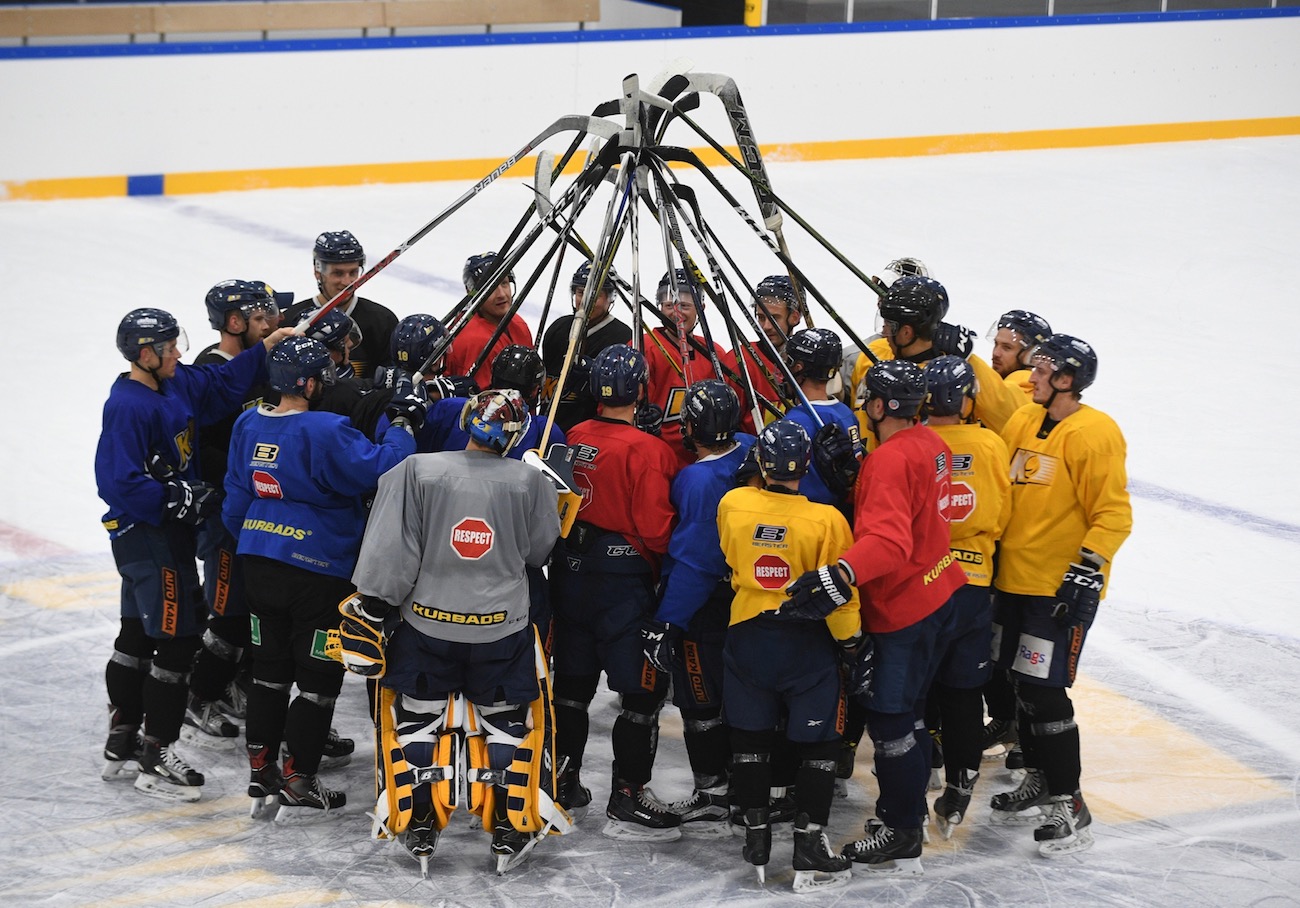 HK Kurbads getting ready for the new season

The champions of Latvia, hockey club “Kurbads” is getting ready for the new season and has started practicing in the new “Kurbads” ice rink.

As always, HK “Kurbads” has high goals for the season – to defend the Latvian champion’s title, to win the Latvian cup and to advance from the 2nd round of Continental cup, debuting in the international arena. A lot of high goals, but practicing on the home ice with a perfect infrastructure will help the team to achieve results needed in the upcoming season. The first serious test is just around the corner as on weekend we will participate in the “Amber Cup” tournament in Liepāja, where our opponents will be HK “Liepāja Optibet”, HK “Mogo” and Arlanda “Wings”.

“I am more than satisfied with the team’s work in practices – you can easily see that the guys are hungry for more success and are working hard,” says Aleksandrs Macijevskis, HK “Kurbads” head coach. “Practices are physically hard and intense, as in a short period of time we have to get ready for a long and important season. In our home we have all the tools we need to prepare successfully. The tournament in Liepāja will be a valuable experience but we also want to win it!”

“Optibet hockey league” or Latvian championship will commence on September 9th, when we will play against our rivals – hockey club “Mogo”! The 2nd round of Continental cup will take place in “Kurbads” ice rink from 20th to 22nd October.