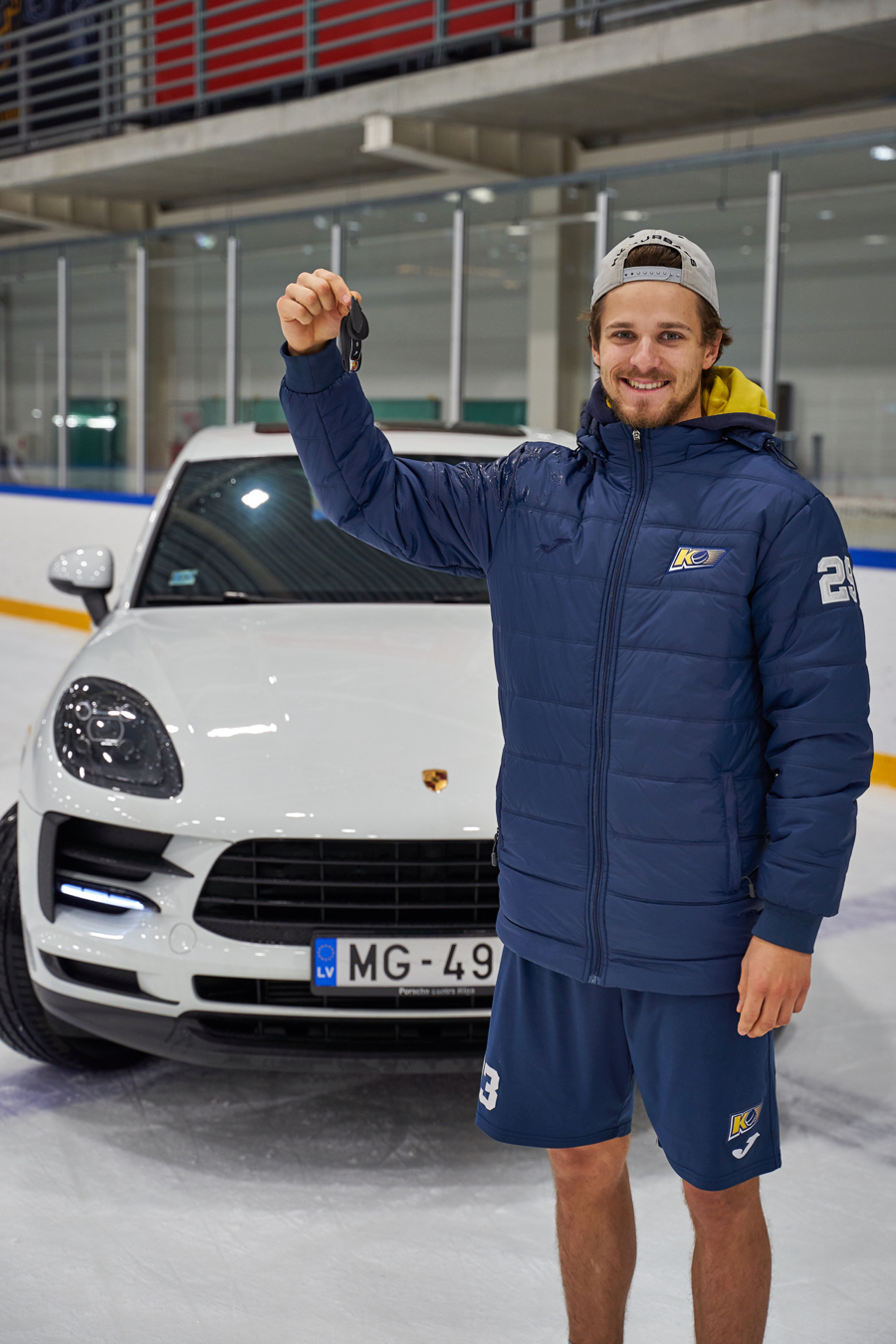 After the morning practice we witnessed the change in Porsche Macan drivers – every month Porsche Latvia hands a brand new latest generation Porsche Macan to the month’s best player. In September the best player was Jānis Sprukts, but Lauris Rancevs now was named the MVP of the October. He scored 8 goals and added 3 assists in six games and was a huge impact on team’s winning streak.

“Very, very positive emotions. I know that I played good hockey this month, but so did every player on the team. And the fact that this time I got Porsche is mostly thanks to the team. Of course, it was a big surprise and I was really glad that I was the lucky one! Now, I will take my girlfriend to the  theatre with Porsche, I also plan to take a nice ride around Sigulda!” 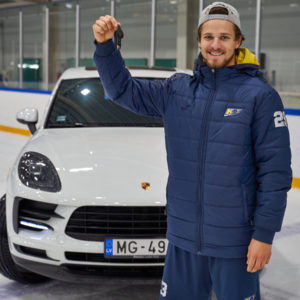 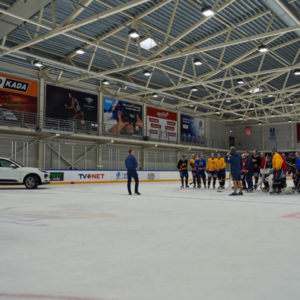 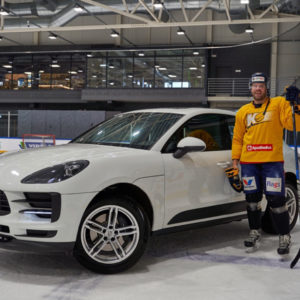 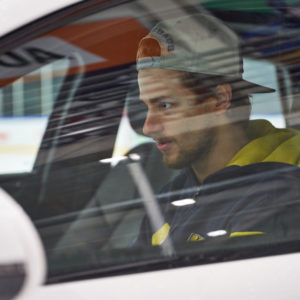 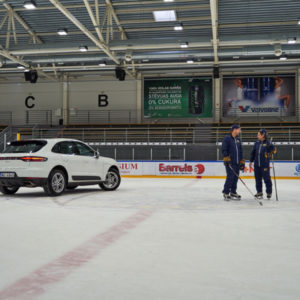 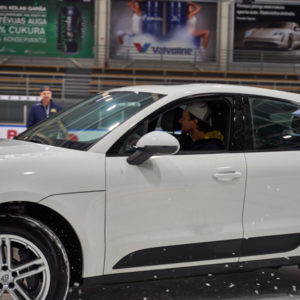 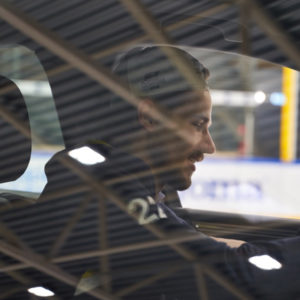 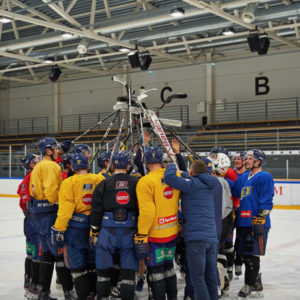