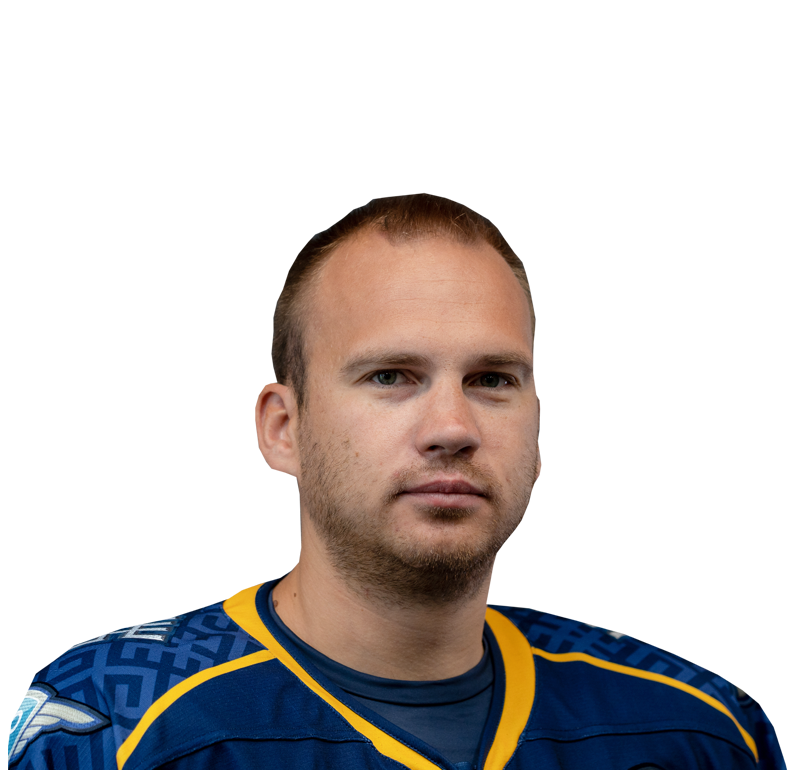 Made his debut in top level Latvian league being just 16 years old and was one of the top scorers of the league in his rookie year.
Was a skillful player for “Rīga20” junior team coached by Olegs Znaroks. After junior years he joins “Liepājas Metalurgs” to play in Belarus League. After Liepāja he signs for “Dinamo Rīga” farmclub. One of the top scorers in team and also becomes a Latvian champion that year. After illness he plays for “Ozolnieki/Monarch”. After that he goes abroad and is one of the top players in EIHL team “Edinburgh Capitals” for three seasons becoming a fan favourite. Now Mārcis is back to fight for the cup in “Kurbads” jersey. Top class sniper was an important part of the Latvian U-18 and Junior teams at world championshis twice winning gold medals in Division One level.