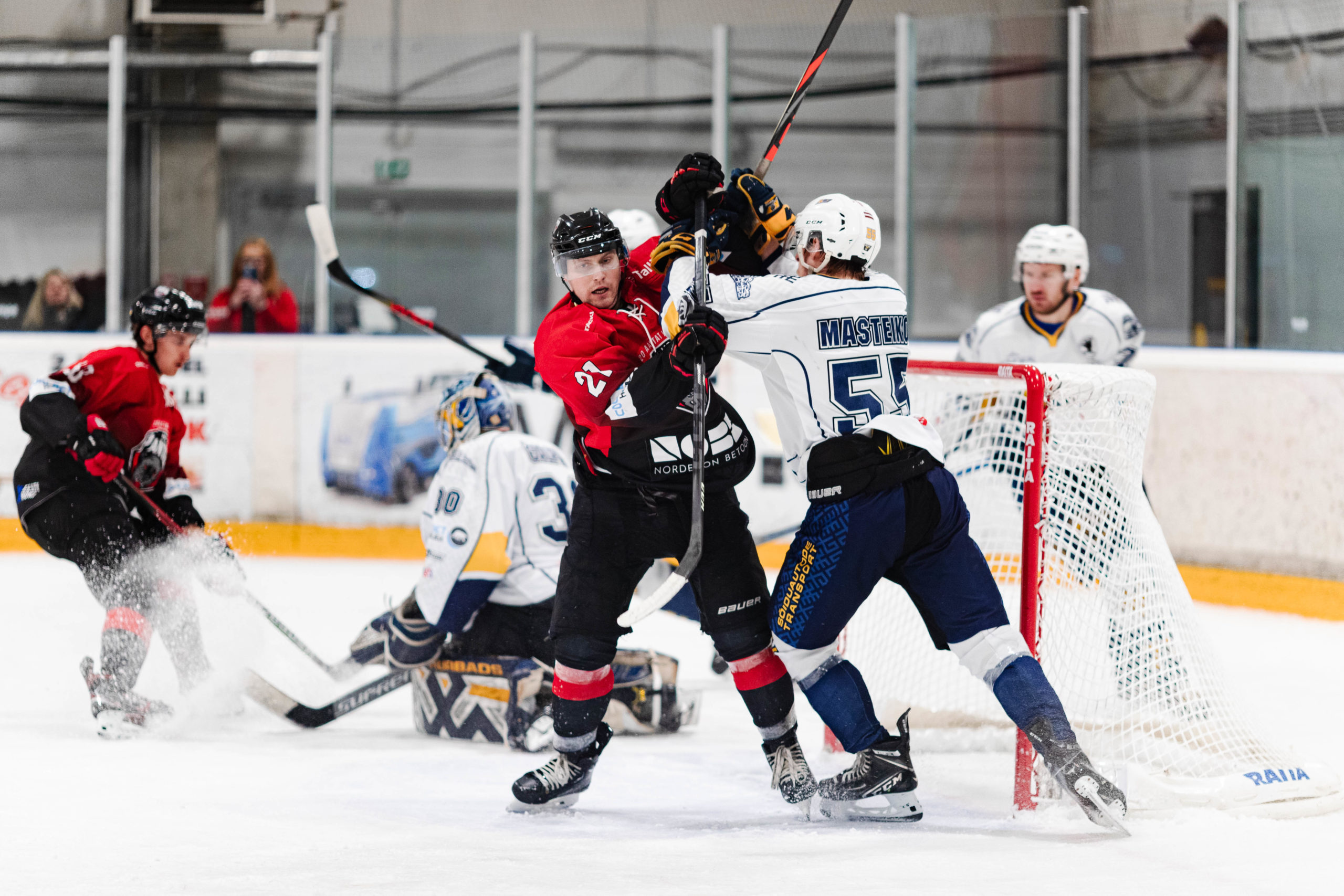 The hockey players of HK “Kurbads” have returned from their first trip to Estonia this season, and on Friday and Saturday in Tallinn, they achieved two victories, beating HC Panters. In the Estonian “Coolbet” hockey league, the Tallinn team and HK Kurbads unit had not experienced a single loss before the two games.

In the first game between the two teams, “Kurbads” was superior in overtime with the result 5:4. The hosts were the first to open the score when they beat goalkeeper Uldis Čalpa in the second half of the first period, but at the end of the period, playing five against three, Edgars Adamovićs made it 1:1.

In the first half of the second period, “Kurbads” gained a two-goal advantage, but the home team later managed to recover one goal. At first, the defenders of the home team did not cover Mārtiņš Špaks, but in the middle of the period, Roberts Binde scored the third goal after a mistake in the defensive zone. A little later, the home team responded with an accurate shot, and after 40 minutes played, “Kurbads” was in the lead with 3:2.

In the 8th minute of the third quarter, Emīls Ločmelis was the first to rebound the puck and made it 4:2, but the home team managed to equalize in a short time. The winning goal was taken care of by Miks Lipsbergs, who demonstrated individual skill in overtime, scoring a beautiful goal.

A day later, “Kurbads” won the second victory over “Panter” hockey players with 4:2. Goalkeeper Fjodors Aganezovs, who had not been in goal until now, made his debut in the Estonian Championship. He was recognized as the best player of the match in the ranks of “Kurbads”. It should be noted that Aganezovs has been invited to the Estonian U-20 national team to participate in the test tournament.

Roberts Jekimovs put the guests in the lead at the end of the first third, but the next goal had to wait 20 minutes, when at the end of the second third “Panter” reached 1:1. In the middle of the last part of the match, Juliāns Misjus restored the leadership of “Kurbads”, but after a few seconds the balance followed again – 2:2.

In the 53rd minute, Miks Lipsbergs scored the winning goal for the guests, while Mārcis Zembergs added a point to the game with the fourth scored goal.

The hockey players of “Kurbads” will also play the next two games on the road, when they will meet the team of “PSK Narva” on November 19 and 20.

“It took some time for us to wake up on the pitch after the road to Tallinn, but overall the first game was good. We knew that the opponent was showing good hockey and an easy game was not waiting for us. They play smart hockey. We took a 4-2 lead, but two stupid mistakes followed, which allowed the home team to draw. We won in overtime. In the second game, the scoreboard was balanced for a long time, although we had good moments that we should have taken advantage of. There were a lot of rejections by both teams which made the game a tight one. The calendar is such that sometimes we play every other week and other times every weekend. Experienced hockey players sometimes can’t get into a rhythm, but the games are frequent for the new players, and on Sunday, after returning from Estonia, we had to play a JAHL game as well,” emphasized HK Kurbads head coach Toms Bluks.