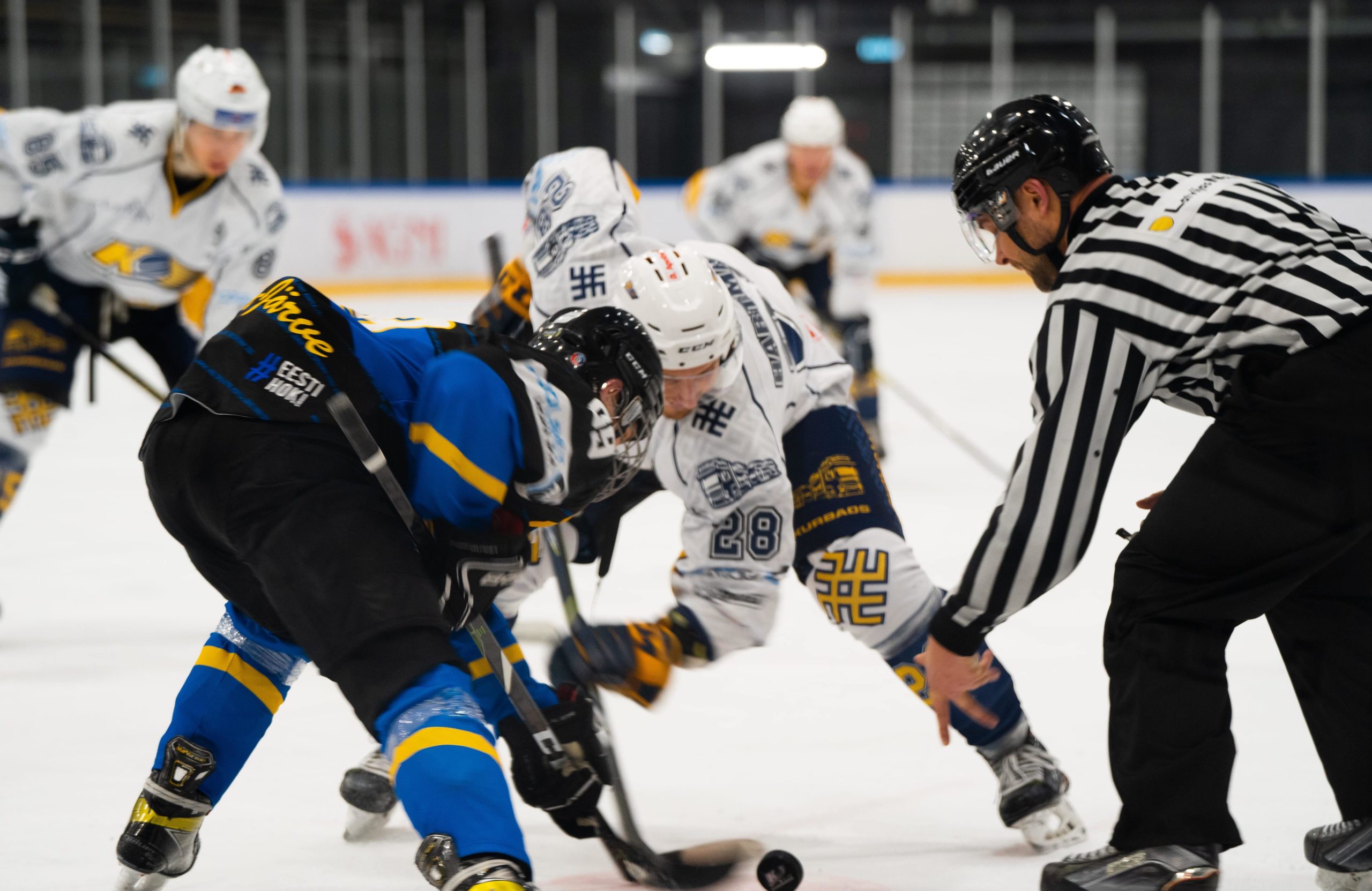 HK Kurbads won two consecutive games in the Estonian “Coolbet” hockey league on Saturday (19.02.) and Sunday (20.02.), beating Kohtla-Jarve’s “Viru Sputnik” who are in the last place in the championship. “Kurbads” broke their history in the first match scoring five short-handed goals. The Rumbula-based team had not done it so far in any of the official tournaments.

Both teams also met twice in the middle of December last year, when the Latvian club won 8: 4 and 12: 3. Also this time “Kurbads” proved its mastery, achieving two convincing victories.

On Saturday, the Kurbads were superior with 13: 0. Uldis Čalpa took care of the goal safety, saving all 27 opponents’ shots, while the Kurbads made 50 shots on the Estonian team’s goal. From the first minutes of the match, “Kurbads” actively and dangerously attacked, which resulted in three goals scored in ten minutes. HC Kurbads also took care of the result in the second third of the match, when five more goals were scored, and they were all scored short-handed. After 40 minutes, Kurbads was in the lead with 8-0.

In the final half of the game, the hosts increased their lead even more. At the 11: 0 result, the guests changed the goalkeepers, but the reserve goalkeeper of Viru Sputnik, Pavel Nečajev, was also beaten twice, allowing Kurbads to celebrate a devastating victory with 13: 0. The winners with two goals were Mārcis Zembergs, Mārtiņš Vītoliņš, Toms Hartmanis, Ņikita Švarjovs, but from time to time there were Dāvids Livšics, Emīls Ločmelis, Toms Bārens, Emīls Masteiko, and Jēkabs Siliņš.

A day later the two teams met again and this time “Kurbads” was 6:1. Uldis Čalpu was substituted by Markuss Brants, who saved 17 shots.

The first third ended 1: 1, but in the second period, “Kurbads” scored four unanswered goals, reaching 5: 1. In the last third of the game, when the winner of the match had already been determined, the home team scored the sixth goal. Matīss Bīriņš, Jānis Puriņš, Gustavs Alberts Moruzs, Mārtiņš Vītoliņš, Juris Bērziņš and Toms Hartmanis scored for the Kurbads.

“Kurbads” still holds second place in the table after these two victories with 27 points.

In the list of the most successful players of the tournament, Toms Hartmanis takes 9th place with 25 points (5 + 20). Meanwhile, the leader with a 41-point lead is Alexei Shantich, a Belarusian striker from Tallinn’s Viper.

“In the first game, we threw everything we could. On the other hand, when it comes to five goals scored short-handed, the performance of our masterful forwards should be noted. I told them that if we were in the minority at the puck, we had to try to move forward and play our opponent at the opportunity. In my career, I have not experienced such a situation where a minority team throws so many goals. Before the second game, I told the boys that the match would start from scratch, but apparently, the opponent’s destruction of the previous day had remained in the players’ heads, so it went a little harder on Sunday. I know that Kohtla-Jarve’s team is undergoing a refurbishment of the hall, so they spend all the games away, which can have some effect on the performance of the players. It should also be taken into account that the guests have a young line-up, ”said Tom Bluks, head coach of Kurbads, after two games with Viru Sputnik.